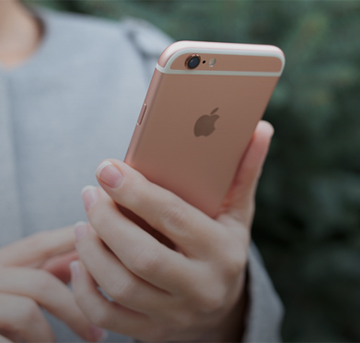 What is skin cancer?

Skin cancer is the uncontrolled growth of abnormal skin cells, caused by DNA damage. Sun exposure triggers mutations in skin DNA.  These mutations cause skin cells to grow abnormally and rapidly, leading to malignant tumors. The earlier a diagnosis is made, the better the chance for successful treatment. More people in the U.S. are diagnosed with skin cancer than any other type of cancer.

AKs appear as crusty, scaly areas of skin caused by ultraviolet radiation from the sun.  There is usually more than one, but they may be invisible to the naked eye. If untreated they may develop into skin cancer, usually squamous cell carcinoma. AKs are the most common type of precancer, affecting more than 58 million Americans.

AKs generally start small and are felt more than seen. They feel rough in texture, and may be confused with a wart. Most turn red. They may itch or disappear and reappear. They can become inflamed and even bleed.

AKs can appear on any skin that has been frequently exposed to the sun or tanning beds. They are most often found on the face, scalp, ears, shoulders, neck, and back of the hands and forearms, as well as the shins and legs.

Common moles are brown spots or growths, that can be flat or elevated. They are usually round with a symmetrical shape and normal borders. Common moles can be visible at birth or appear later in life, are hereditary, and can continue to develop into the 40’s.

Atypical moles are asymmetric, greater than ¼ inch in diameter, have irregular borders and multiple shades of brown and black. Atypical moles must be examined by a dermatologist to assure they are not melanoma.

Non-melanoma Skin Cancers are the most common of all types of skin cancer. Every year there are more new cases of non-melanoma skin cancer than all cases of breast, prostate, lung and colon cancer.

Basal Cell skin cancer is abnormal growth of the skin’s basal cells, the deepest layer of the skin. They may look like red patches, pink growths, shiny bumps, or scars. They are caused by a lifetime of sun exposure combined with sunburns, and are found on the face, nose, ears, neck, scalp, chest, shoulders, and back. Diagnosis is confirmed by biopsy.

When a BCC is located on the scalp or nose, they may be at higher risk for recurrence after surgery, so Mohs surgery, a special skin cancer surgical technique, is often used.

They usually do not spread or metastasize, but they can be disfiguring. BCC is the most commonly diagnosed type of skin cancer. It is best to see a board-certified dermatologist to determine if your skin lesion is a BCC.

Treatment is determined by the type, size, location and depth of the tumor, as well as the patient’s age and health, as well as whether removal will affect the patient’s appearance. BCC’s are easily treated if caught early. If they are small, treatment can include curettage and electrodessication with cure rates of up to 95%.

When a BCC is found in areas that are cosmetically sensitive, Mohs Micrographic Surgery is recommended as the best approach to prevent disfigurement.  Mohs treatment has a 99% cure rate. Other treatments may include surgical removal, radiation, cryosurgery, Photodynamic Therapy, Laser surgery, and topical or oral medications.

SCCs are the second most common type of skin cancer, caused by cumulative ultraviolet light exposure over a lifetime, with sunburns and tanning bed exposure speeding up the formation of SCC. An SCC looks like scaly red patches, open sores, a raised growth with a depression in the center, or warts that crust or bleed. SCCs can become disfiguring and deadly.

SCCs can appear anywhere on the body, usually on the ears, lower lip, face, balding scalp, hands, neck, arms, and legs, and can also form on the mucous membranes and genitals.

If left untreated, SCCs can metastasize to the lymph nodes in the neck and require surgery, radiation, and targeted medications. Treatments include freezing, scraping, surgical removal, and Mohs Surgery.

Melanoma is the deadliest form of skin cancer. It is formed in the pigment producing cells called melanocytes. Melanoma looks like moles, and can develop in moles. It is due to DNA damage that causes genetic mutations due to sun damage, including sunburns. If treated early it is usually curable. But if not, it can spread and become fatal. Look for the ABCDE signs of melanoma, and if you see one or more, make an appointment with a Horizon Dermatology & Laser Institute as soon as possible.

A benign mole has smooth, even borders, unlike melanomas. The borders of an early melanoma tend to be uneven. The edges may be scalloped or notched.

Most benign moles are all one color — often a single shade of brown. Having a variety of colors is another warning signal. A number of different shades of brown, tan or black could appear. A melanoma may also become red, white or blue.

Benign moles usually have a smaller diameter than malignant ones. Melanomas usually are larger in diameter than the eraser on your pencil tip (¼ inch or 6mm), but they may sometimes be smaller when first detected.

Common, benign moles look the same over time. Be on the alert when a mole starts to evolve or change in any way. When a mole is evolving, see a doctor. Any change — in size, shape, color, elevation, or another trait, or any new symptom such as bleeding, itching or crusting — points to danger. 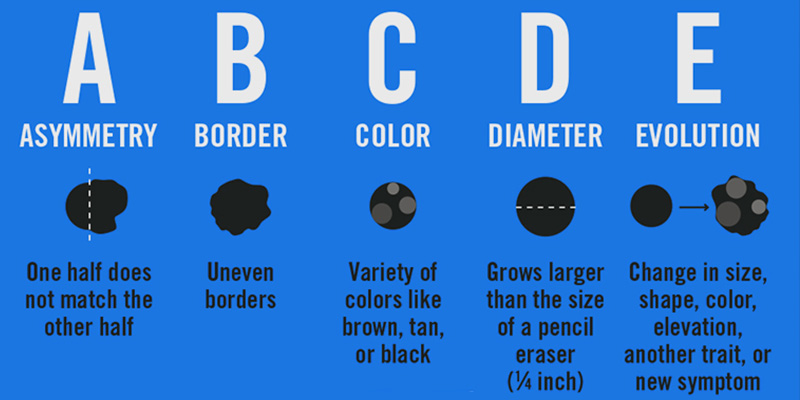